Is Waste-To-Energy A Viable Option For Australia?

When it comes to waste management, the concept of waste-to-energy proposes a sustainable solution to Australia's growing waste burdens. There is a wealth of creative ideas coming from thousands of organisations and individuals, each attracted to the idea of solving a problem with another. Waste-to-energy is not a new concept by any stretch, but the initiatives in achieving this have progressed over the years.

The premise of waste-to-energy is the practise of converting solid waste into gas to produce energy. Electricity can be generated by burning solid waste found in landfills, if the region have waste-to-energy facilities. The advantages of incinerating rubbish to turn chemical energy into thermal are enormous, and have a several knock-on benefits to other environmental and social issues. 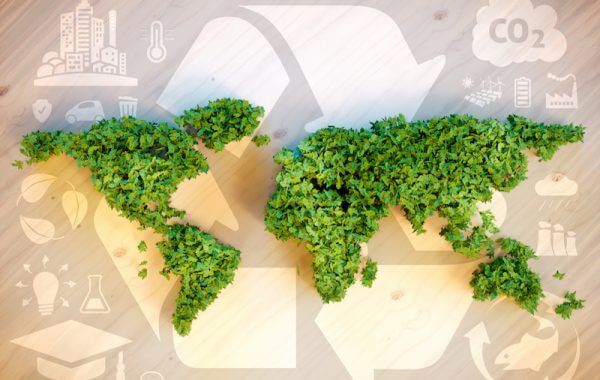 What industries have are already doing this?

While waste-to-energy is not entirely mainstream and not always applied to general waste, there are industries that are adopting the methodology. Close The Loop have been driving change in this space, taking printer cartridges and breaking them down to extract the minerals and metals in which they are made. These materials are then engineered using specially designed machinery to create new cartridges. This eliminates the single-use printer cartridge, and leads an example for other household and office materials to be recycled accordingly.

How is this achieved?

Transforming rubbish to energy is achieved in a mass-burn waste-to-energy plant. Through burning solid waste found in landfills, thermal energy is created and transformed into electrical gas. This is usually executed by turning a turbine generator. But the energy source potential does not end there - methane gas is also created as the waste decays.

Is this a viable option for Australia?

The question then becomes whether or not this is a viable option for Australia? Australia certainly has the infrastructure and resources to put a strategy in place and construct several waste-to-energy plants in place, and influential entities are offering up reward and opportunity to those willing to put their ideas forward. The National Gallery of Victoria are offering a challenge to professional designers and students to pose a solution to waste management in this country. In the political sphere, the debate surrounding sustainable measures continue to heat up. While the recommendations and plans in place are not always moving as quickly they should be, it stays firm on the top of our priority list for Australia.

How do we know it can be done?

Sweden is known for far more than just IKEA. In fact, Sweden are leading the change in several global issues, but it’s their strides in waste management that are setting an example around the globe. They have successfully engineered a way to make sure only 1% of Swedish household waste ends up in landfill. In no way a side project, more than 50% of the country’s energy was created from waste and renewables. With a population of 99 million, that is a staggering feat and shows that other countries can when they make a commitment to change.

Waste-to-energy is possible, but it cannot become viable in Australia overnight. By continuing to support creative minds that are engaged with the issue, Australia can foster its own strategies and infrastructure that can meet the challenge of waste. Gaining insights from leaders in this space will also be critical for the success of waste-to-energy.

I'm already using a collection service to collect used ink cartridges and batteries. Our village is very keen on rubbish sorting into various bins. (And the drinkers send their plonk bottles off to benefit a local charity.)

I am interested in the concept of burning waste and turning it into energy however I would like to know more about the consequences to the environment of "burning" waste. For instance, are the fumes and heat created from the burning process contained within the "furnaces" so there is no additional impact on the environment? We know that heat/steam produced from industry chimney stacks create their own impact on the environment, and I wouldn't want to support something that may reduce one form of negative environmental impact but create another. Thanks.

Good to see more news about waste to energy as a visible alternative in Australia. The typo about Sweden’s population needs to be fixed though, it’s 10M not 99M!

Interesting and positive idea! However, how does this concept sit with the recent rejection by local community and local government of a proposed waste incinerator in Western Sydney, rejected over concerns about potential air pollution resulting from incineration process?