How would you feel if I told you that your life expectancy was reduced by 20 years because of changes to the Earth’s environment and climatic conditions? Or worse, that you should expect to have a quality of life far worse than the one you are living right now in the sense that the air you breathe and the food and water that you consume will seriously increase the risk of you being diagnosed with a serious illness such as cancer. I wish I was making this up, but it is a grim reality for millions of people around the world and many more people are getting affected each day. Most people don’t take the environmental actions that they need to because they cannot see the urgency or they have other priorities in their lives.

It’s hard to think about the environment if you have priorities like a family to feed and making next week’s rent. But at the same time, if the environment degrades, it will impact your own and family’s health and well being. You are working to live in this world, but if pollution continues at its current rate, there won’t be any world to wake up to.

We aren’t going to try to convince you whether or not climate change is real or not. But we do want to encourage you to adopt more eco-friendly actions in your lifestyle. Before we tell you how to get involved, we will share some scenarios that will affect you if you choose to pursue a non-environmentally-friendly path.

Sea levels will rise and land will disappear. 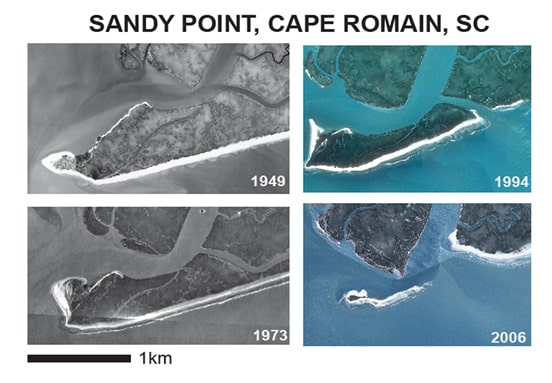 There are islands in the Pacific Ocean that are starting to disappear. Beachfront properties have been engulfed by the sea, forcing people to move to higher ground or to a new area altogether. Citizens from the islands of Fiji are starting to leave their island home due to water levels rising. If your property is close to the sea, you should look out for any sea rise threats to your home.

In the video below, you can see properties that are along the coastline eventually fall into the ocean due to erosion.

Sinkholes will cause death and destruction. 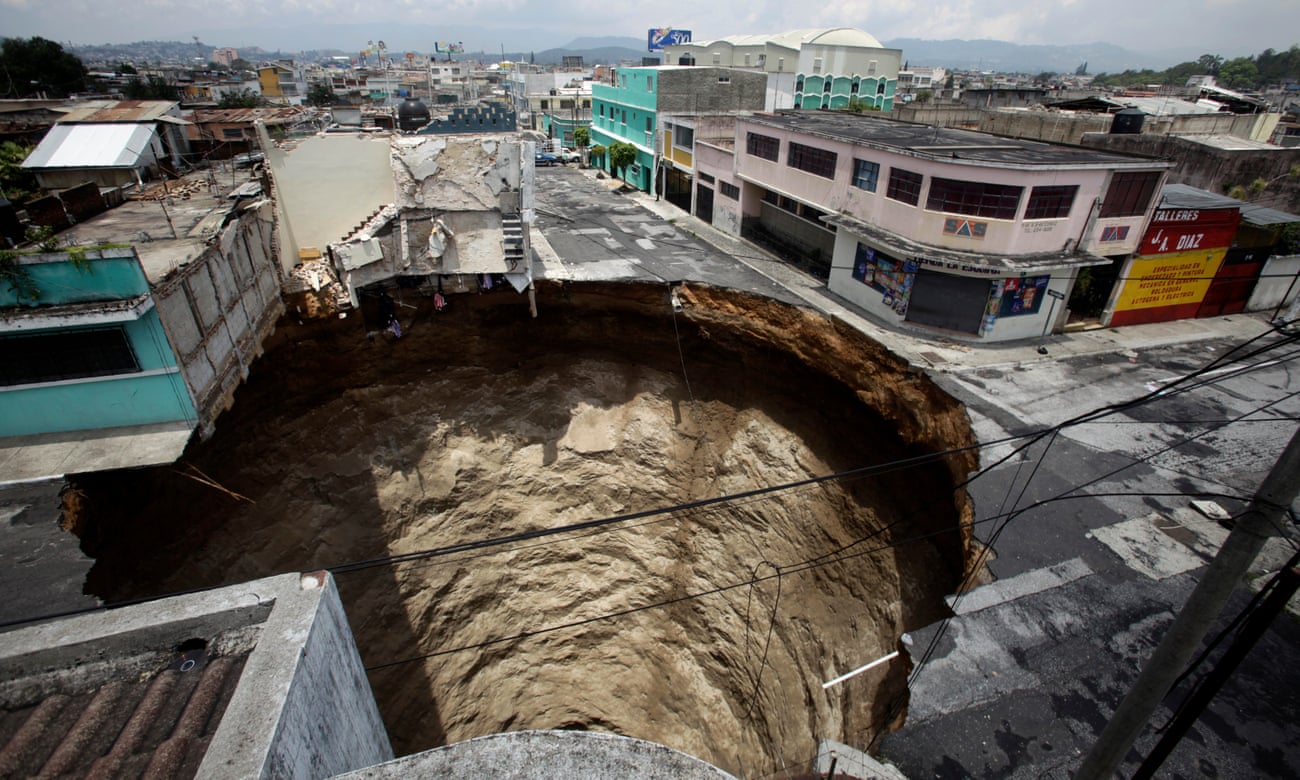 Source: The biggest city sinkholes from around the world.

It’s reminiscent of biblical stories that would talk about people being swallowed by the Earth. But sinkholes are occurring more frequently due to the erosion of soil and infrastructure that is within the Earth. Some of the worst sinkhole disasters have swallowed up homes and companies, costing several people their lives.

These occurrences are unpredictable. And there’s a chance that it could happen to you as well if you aren’t careful. By supporting environmental causes in your area, you can help minimise the risk of this happening to you or anybody that you care about.

In the video below, you can see a compilation of sinkholes opening up in different places around the world.

There was another story of a man that got swallowed by a sinkhole opening up beneath his home. If you don’t want to increase the risk of it happening to you, then you need to help prevent erosion by minimising the amount of pollution affecting the Earth.

People are losing everything in landslides.

There have been several deadly landslides caused from erosion and extreme weather over the past few decades. The 2013 floods in northern India were tragic, with over 3000 people losing their lives.

Erratic weather conditions can cause erosions to hills and mountains, which will increase the risk of landslides. If you don’t want to end up as a victim, encourage people to pay attention to erosion, climate change and carbon emissions, which contribute to landslides.

The video below shows a landslide that occurred in Turkey.

Alarm bells are ringing because many people are linking climate change and increased water from the melting of the polar ice caps to extreme rain and flooding. Several cities around the globe have fallen victim to the floods including Brisbane, Australia in 2011, UK, India, China and the United States.

Some of the most deadly typhoons, hurricanes and tornadoes in history have occurred since the year 2000, which also correlates with some of the warmest temperatures that the Earth has ever experienced.

Here are 10 tornadoes that were caught on camera.

In the video below, you can see the destruction that these extreme weather conditions bring.

Too many of the world’s waterways are turning into sewerage, which impacts the health and wellbeing of people now and in the future. Chemicals and waste from landfill contaminate waterways which affects the ecosystem and even the supply chain. You just need to look at the Yamanta river in India or the Citarum River in Indonesia to see how bad it is and the effect that it has on people in those communities. 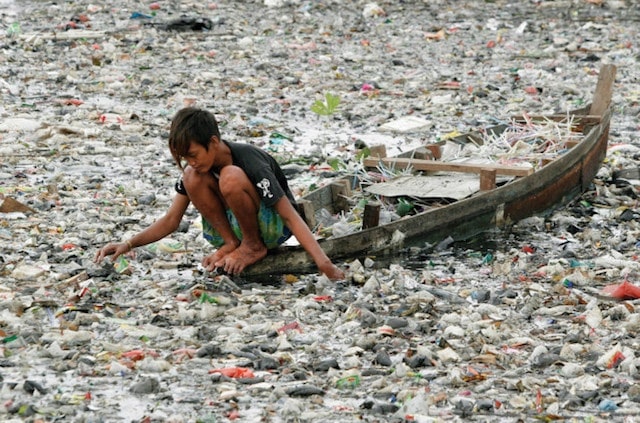 Air pollution will threaten the extinction of humanity.

Air pollution is driving humanity towards a doomsday that they don’t want to have happening. Even though the majority of the world’s citizens know that air pollution is a problem, ordinary people feel like they cannot do anything and that the responsibility should like with the local authorities.

Poor air quality leads to lung and heart problems, including coronary artery disease, emphysema, respiratory infections, stroke, and cancer. It is also dangerous for pregnant women as it can lead to birth defects.

According to the World Health Organisation (WHO), an estimated 7 million people died as a result of being impacted by air pollution.

Think of it this way. If the Earth is a vehicle we are driving and poisonous air is being leaked inside, it will only be a matter of time before you will start to feel ill or even worse, die. The same thing is happening with the air that you breathe and if action isn’t taken soon, you will experience a premature death.

What can you do to help make a change?

One of the easiest ways to get involved at no or little cost to you is to partner with an ethical recycler who can distribute waste to the appropriate channels. All you will need to do is organise the recycling process within your property and let the recycler do the rest. In some cases, you can even receive rewards for participating in recycling schemes.For example, you can dispose your used printer cartridges ethically by participating in the recycling scheme offered by Cartridges Direct.

Minimise the amount of energy consumption from non-renewable energy providers.

Ideally, you can get your power source from renewable energy providers. However, majority of the world’s energy is produced from non-renewable sources, which means consumption habits need to be changed. The easiest way to accomplish this is by leveraging energy-efficient technology.

For example, electronics such as televisions, computer screens and even lights that use LEDs can reduce your overall energy consumption by up to 90%. Every action that you take will help to cut carbon emissions and minimise the impact on climate change.

In many first world countries, there are water treatment plants that recycle stormwater runoff and sewerage to be recycled in other ways. Unfortunately, many third-world countries don’t have these types of infrastructures available.

The actions that you take in your life have a direct impact on the quality and length of your life, as well as on others. You need to make the choice. You don’t need to have an opinion about climate change or global warming, but you should care about the quality of the life that you are living.