The History of the Inkjet Printer Cartridge

The concept of printing has been around for centuries, dating back to as early as the year 200AD. However, inkjet printing itself only originated in the late 20th century, but has continued to evolve and develop to this day, bringing us efficient, modern printing methods. 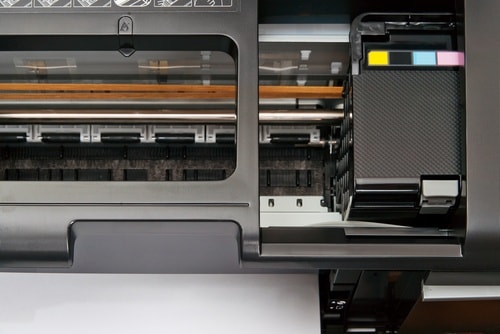 The technology behind inkjet cartridges and the printing method was extensively developed in the 1950s onwards, as some of the biggest names in printers worked to create a new, innovative way to print our documents.

Why Inkjet Printing Was Developed

Office mechanisation began in the late 19th century with the introduction of the typewriter. Using letters on the end of a long arm, which strikes a fabric ribbon soaked in ink in order to leave an imprint on a sheet of paper, they revolutionised offices and continued for nearly 100 years. This was known as impact printing, and despite such revolutionary ideas, their only legacy today is the ‘QWERTY’ keyboard.

This was developed to place common combinations of letters as far apart as possible to reduce the possibility of the arms becoming tangled together. Although no longer needed, we still use it today. 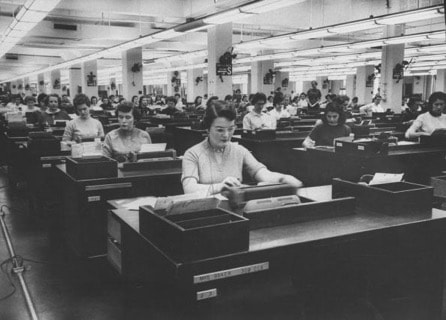 By the 1980s, computers were becoming more and more common and impact printers just could not cope with the multitude of options that the computer offered. Impact printers could not handle the illustrations, photo reproduction, different typefaces, and character sizes that were now available to everyone. A new approach was called for.

It had long been known that, if ink is heated or agitated, it forms a bubble. Force this bubble through a microscopic nozzle and it leaves a tiny dot on the paper. Print the dots close together and any shape can be formed. Using just four colours the shape can be any colour you want. This is the basis of inkjet printing. 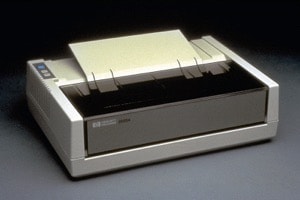 Most consumer inkjet printers use a form of ‘drop on demand’ printing. This is further divided into 2 types; thermal and piezoelectric.

Within the thermal process, printer cartridges consist of tiny chambers that contain a small heater. A current is passed through the chamber, which vaporises the ink and forms a bubble. This bubble creates pressure, which forces a droplet of ink to fall onto the paper in its precise position. This is otherwise known as Bubble Jet Technology, and is used in a range of  printers.

Piezoelectric inkjet printing is used by brands such as Epsom and Brother. Using a piezoelectric material in the ink chamber, instead of a heater, a voltage is applied to make the material change shape. This generates pressure in the ink, which forces the droplet out through the nozzle.

Printing technology and the ability to produce printed documents has opened up so many opportunities, including giving people the chance to read. The social impact that the printing industry has had over the years is invaluable. Inkjet printing and the invention of the inkjet printer cartridge in particular allowed for high-speed, high-quality printing at an affordable price. It took printing technology to the next level and allowed it to be used in households on a personal level, not just businesses. The last 30 years has seen a huge surge in developments, and we’ve no doubt that they’ll continue throughout the years to come!